In almost everything in life, I was self-taught. We then went to the West Highlands and I set about the tremendous project — for me — of having a sixteen-ton topsail schooner built by Dickie of Tarbert in Loch Fyne. Andrew, his son and rigger, was a real friend to me. My part in the building of my schooner took rather more than a year, often working ten or twelve hours a day. They were glorious days of hope, made the happier for me because at last I had progressed from the practice chanter to the pipes and was able to make some music of my own. I named my schooner Mary Fortune , and her final rig was hermaphrodite brig fore-and-aft on the main, square on the fore , or, less correctly, brigantine, which is what I liked to call her.

She was probably the smallest of that rig that ever sailed. I designed her to be easy to handle under all conditions and in all waters, for one man. Mother, gallant as ever, agreed to come with me as cook wherever I might choose to go, but her work on deck was necessarily limited, by her small size and advancing years, to helping out sometimes with the steering. She did not bother her head with whatever might be happening on deck or what the noises and commotion might portend, unless she was summoned to the tiller for one of her spells of gazing into the steering compass until told she could go below.

For two years, my mother and I wandered around the coasts of the British Isles. I learned as we went, putting into practice the theory I had gained from books. I ran the schooner aground twice in the first month, fortunately without damage. Norway was calling me. All through the first day we passed score upon score of fishing craft, provoking a lively interest.

Later, we sailed across an empty sea, bounded by a hazy blue horizon.

The schooner carried jib, fore-staysail, fore-topsail, main-staysail, mainsail and main-topsail, but she made slow speed until dusk, when the wind freshened from a greying southern sky. By nightfall we were carrying nothing but the jib and square fore-course, reaching fast with a rising sea. I lashed the tiller and dozed beside it as we rushed onwards into the night. About midnight, a crash of heavy spray aroused me. 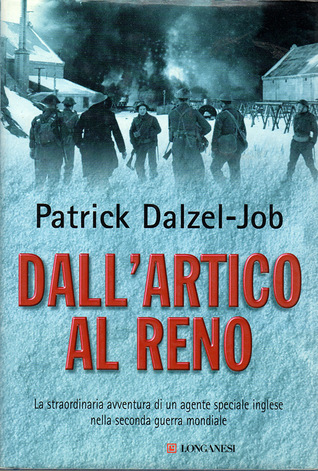 We were scudding now, with the fore-course straining to leeward and with breaking seas glowing alternately green and red in the navigation lamp-lights. A more experienced seaman might have carried on, but I thought it better to be on the safe side, so I hove to under main-staysail and slept very peacefully until daylight. The gale — for so it was at times — soon blew itself out and left a windless calm, with a very big swell. At dawn, the weather cleared suddenly and the wind came fresh and cold from right ahead, veering southerly and increasing to gale force by I hove to again under main-staysail.

The horizon was clear, and I went below at about noon, to get a bowl of hot soup from my mother in the dry, warm cabin. While I was below there was a great crash and two seas, one after the other, struck the fore part of the schooner on the starboard side. A few drops of water found their way through the watertight fore-hitch, and Mary Fortune began to roll to port. When I got back on deck, she was lying nearly on her beam-ends on the lee side of a breaking sea. I dragged myself forward against the wind, and streamed the sea-anchor — a big and heavy canvas drogue — on thirty fathoms of coir warp.

With the double-reefed mainsail sheeted flat aft, instead of the main-staysail, Mary Fortune came head to wind and thus we lay in great comfort all the third day. At times, the top of the mainmast was below a line from breaking crest to breaking crest. In the late afternoon, the wind fell light again, and I set all sail.

I tried also to start the engine, but a bearing had failed owing to a clogged oil-drip, so it seemed that I would have to make port in Norway under sail alone. I have always been glad that this was forced upon me. We entered fog again, and rolled slowly on our way.

In the fog, we could see nothing. The wind freshened, and on the morning of the fourth day we saw the sun again. I got several sextant-sights, and found ourselves to be within five miles of my estimated position. The sun went down in a glorious flow of crimson over the North Sea behind us, and then the Norwegian coast lighthouses came to life. We entered the red sector of Skudenes light, and kept in it, passing close southwards to the islet of Gjeitungen, until that light had changed from occulting, through group occulting, group flashing and again occulting, to red occulting.

Now we turned eastwards in the last sector, seeming in the darkness to glide silently within only a few feet of numberless rocks and islets. Vikeholm light came in sight, and changed from red to white on our port quarter. We turned towards it, and beat up tack and tack within the white sector, north-westwards. The land had almost killed the wind; it was a warm, gentle wind, scented with the shore, but it could no longer do us any good, so I dropped anchor at midnight on Norwegian ground, very close to the rocks below Vikeholm light.

After this came five hours of pulling and hauling, sometimes towing from the small boat which we had carried on deck, but mostly warping from one or other side of the rock channel. The sky above the islands was flecked with clouds, pink in the sunrise, and the silence was complete, so that my voice sounded startlingly loud when I called across the water to Mary Fortune. It was like entering a toy town in a northern fairyland, with a toy lighthouse winking on the island as the only sign that there really were people inside those painted houses.

Slowly, slowly, Mary Fortune made her way up the harbour, her green topsides glistening with dew and her brown sails furled against the masts.


The red ensign hung limply from the mainpeak, and the yellow flat requesting pratique flapped lazily from the yard-arm. A lifebuoy hung on a shed, and a gravel road led away inland, so I made fast to iron hooks, tidied the decks and rigging for a Sunday in harbour, and went to bed. Pushing my sleeply head through the cabin-hatch, I discovered the little wharf to be no longer silent and deserted, but packed to overflowing with scores of children — chattering, flaxen-haired children in white shirts and trousers or clean cotton frocks.

Behind the children there stood it seemed to me the whole population of Skudeneshavn. We had arrived; and already I had lost my heart to Norway, and above all to Norwegian children. We lingered long in sunny, idle days at Skudeneshavn, with the excellent excuse of awaiting spares for the Kelvin engine. British yachts had not found their way to Norway then, as they have in such numbers since the War; there had never been a British yacht in Skudeneshavn when we were there, and there had been no British visitor of any kind for fourteen years.

No wonder we were charmed by the hospitable welcome we received, and by the unaffected friendliness. The readiness of Norwegian people to initiate conversation with a stranger was a great pleasure to me.

Arctic Snow to Dust of Normandy: The Extraordinary Wartime Exploits of a Naval Special Agent

My unusual upbringing combined with some natural shyness often made new social contacts an ordeal, but Norwegian children in particular seemed to like me, and they provided me with. This action might not be possible to undo. Are you sure you want to continue? Upload Sign In Join.


Home Books History. Save For Later. Create a List. Summary Very few men have a more exciting and dramatic story of their wartime activities to tell than Patrick Dalzel-Job. Read on the Scribd mobile app Download the free Scribd mobile app to read anytime, anywhere.

Skudeneshavn, Norway, July Start your free 30 days. Page 1 of 1. Close Dialog Are you sure? Also remove everything in this list from your library. Are you sure you want to delete this list? Remove them from Saved? No Yes.

Still digging, if you have anything I would be interested. He met my mother on ops while the unit were laid up in Gennappe, Belgium. I have also met Reg and found him most helpful. I am looking for Mne andrews who was billeted with Dad in Gennappe. Leave a reply here so we can make contact. Pete H. He passed away a few years ago.

He was from Belfast, Ireland and ended up living in Littlehampton where he married my grandmother. She passed away too a fews years ago. Grandad used to tell a lot of good stories, and was always excited to go to the memorials every year in Littlehampton. Does anyone know him? His nickname was Paddy. Jason A. Lefkowitz is a programmer and writer. For his sins, he lives in Alexandria, Virginia. This is his "blog.