Play, chat, and share experiences with your friends on GOG. They rang the battalion doctor who was back in the reserve trenches and he said to stick them out in the fresh air to sleep it off. It was below zero and the frost was thick on the ground.

We nearly died of frostbite. The mining of the Messines Ridge went on via a huge tunnel that took months to construct and load with explosives. Then came the vital day when the switch was pulled.


What a crater the explosives made! The Australians had no trouble occupying the whole village with no resistance from the Germans. They must have got a terrible shock. The whole of the 3rd Division were given the task of taking a village east of Broodseinde Ridge [on 12 October ]. This village was Passchendaele. We had to follow the Broodseinde Ridge from Railway Hut HQ along the railway line for approximately three kilometres to the hop-over point with the 34th, 35th and 36th in attack and the 33rd in support.

We put a ligature on it and sent him back. After negotiating a line of heavily fortified German pillboxes, on arrival at our destination we had five men left and the pigeoneer, Pretty Woodchamp, who was hit three or four times but refused to quit. The shells landing in the pillboxes had little effect as they were shockproof but a chap from the 34th, at the cost of his own life, put a grenade into an opposing pillbox that was occupied by twenty-five German soldiers. We soon disposed of them. Several of them went back to HQ for interrogation.

One had been working in Manly prior to the war, so he could speak good English. After examination for booby traps we took possession and soon after Colonel Milne arrived and sought shelter with us.

Luckily, we had a supply of water and we were able to make a cup of coffee on a small German cooker. We had no communication with headquarters for forty-eight hours. At last we got a pigeon message through and HQ sent a runner who got through to us and we were informed that the Canadians to the north did not move, owing to intensive machine-gun fire and bombardment and many casualties.

The New Zealanders and British troops to the south did not make much progress, so we were instructed to return to our original positions and the 33rd would cover our northern flank. We were almost surrounded and we were lucky to escape capture. Prisoners who were sent back just crossed over the rear to their own lines again. Our losses were terrific. The 36th Battalion went in with men and returned with The 34th and 35th shared likewise.

I was with another chap from Victoria and we were taking two prisoners back with us. Unfortunately, we were blown up by a huge shell and I lost my cobber and the two prisoners. When I recovered I was minus my tin hat and gas mask.

On arrival at Railway Hut, our point of departure, we found that all that had not gone over with us had been evacuated with gas poisoning, so we made our way further back to Ypres. My cobber Sam was in this group and was lucky to be evacuated to England, never to return. I reported to the first aid officer in Ypres and my reward was ten days rest in the Catacombs in the city. These were huge underground dug-outs in the inner walls of the city, which at one time was surrounded by a large earthen wall straight up on the outside and sloping on this inside, with a huge gate to enter the city.

This was an ancient means of defence. I was given a bag of straw and a couple of blankets to put on a wire netting bunk. You got little sleep as the beds were lousy and you spent most of the time delousing yourself out in the sunshine if possible. It was a real surprise. He was a full-blown Major Padre in the forces and he brought our coffee and milk up daily.

He arranged a day out together and commandeered a car to take me to Poperinghe. We had afternoon tea at the YMCA.

On rejoining my unit I found that it was sadly depleted. The 36th Battalion was cut up and placed in the 33rd, 34th and 35th, and we were sent down south on the Somme as it was feared the Germans may attack in that vicinity. The Australians remained ready and mobile. With my ability and experience of motor cycles, I was offered a job as despatch rider, which I accepted.

Could you imagine me on a brand new war model Triumph, fitted with their first gears? I was asked to go for a preliminary test of about ten kilometres over cobbled roads with snow and ice on them and I was allotted to Division HQ and given maps, spare tube, etc. Vic would have had a similar motor cycle. This was about 15th or 18th March , and then came the surprise: I was given the despatches that contained orders to move immediately to a place called.

I managed to find all the 9th Brigade units by map locations but it was rather difficult in the dark. I then had to take a despatch to the 10th Brigade, who were situated a few miles away. They too were out on rest, along with all the other Australian personnel of the 10th Brigade. As I had to proceed to Abeele, about eighty kilometres distant, I decided it was best to put my new tube in and mend the old one.

I proceeded via St Omer and Hazebrouck and Bailleul, but as the Germans were shelling these towns I had to make detours further west. He instructed his batman to get me something to eat. The best he had was strawberry jam and bread and a good cup of tea, but how refreshing it was after a long and hazardous journey. I had a good rest for a few hours. Next day Australian troops began arriving by train, which consisted mostly of cattle-wagons and old London buses, painted green. It was chaos for two or three days until the troops settled in and I found their locations in case a sudden move was needed.

The Germans did not appear to be ready for an attack, although they shelled our positions with long-range artillery. About 22nd March , word was received that the Germans had broken through north and south of the Somme in the vicinity of Corbie and an urgent appeal for the Australians was received from Divisional HQ. We were to entrain from Steenbecque Railway and the balance by the old London buses. General Rosenthal told me to stay by my cycle on a flat-top railway truck and, believe me, it was some job tying it on as the tracks were very rough. 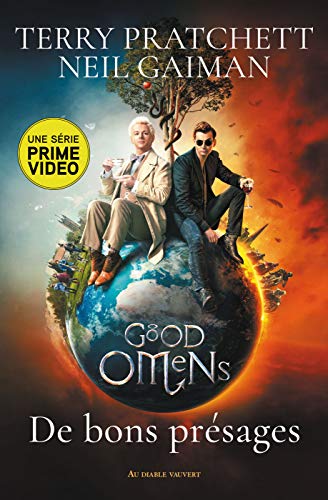 When all were aboard we headed south and reached a place called St Pol, where it was found that it was not safe to proceed further by train. We finished the journey by London buses, and there seemed to be miles of them. This time I had to follow the staff car on my motor cycle. I can tell you it was a bad trip, with buses pulling out and congesting traffic, etc. We reached Heilly 19km NE of Amiens and here we were halted and instructed to dig in, as the German patrols were in the vicinity and the convoy was copping a certain amount of shelling.

Headquarters were established and instructions were given to form a line in artillery formation towards the Somme around Corbie to stem the on-rush and to dig in and detain any suspicious personnel and place them in barbed-wire compounds that were hastily constructed. Groups of Germans were intercepted making their way to the coast without arms, but carrying shovels, etc.

The British troops had been completely beaten and disorganised — the Germans had really broken through. Troops were racing to the rear and artillery teams, horses, etc were returning without their guns and no-one knew where their units were located.